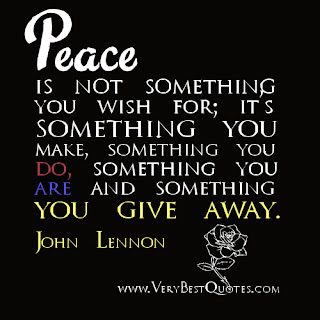 A. Hexagram Eleven is related closely to PEACE

, hence, the coming together of heaven and earth, The Great Merger. There is nothing wrong with attraction, that just happens when the is by nature what opposite do.

Another variation would be the idea of -heaven and earth mingling within the reality of man,- or better yet, -They Join and make something better, a better person.-(5) The time is correct for drastic movements in any direction; at best become pervasive with your plan, but not to the point of stepping on the foot of the master of ceremonies as you enjoy euphoric contentment at this time. Again, there is an advantage in whatever direction one might take at this time, but if you do, do not force your opinions on those you might meet along the way, for now, -do not use the Army.-(2)

1. Now is a good time to cross the great water. I say that because as the image depicts, we see that of haven below and earth above, this is a time of natural peaceful resolutions which is as planned by the command of nature, which is beyond man’s control. It is the nature of existence to be in accord with this due happenstance today. There is some headway if one recognizes that the earth is a part of the solar system and that we must first connect and unite here on earth at this time before connecting with Mars or Venus, although that is a distance wish.

The internet has made it possible to reach out and say good morning to someone on the other side of earth within Nanoseconds, we need to connect and unite and move in tune with the nature of time. Technology man. Above all, keep your beliefs, but stop looking for a payphone; because times are changing, so make modifications to your lifestyle.

2. Peace :
This is a time of merging for the greater good. One big greenhouse

, we are all in. At this time this is the image that should be on one’s mind. This is not a thing that is of a permanent state, meaning it is just for the moment, now.

The ebb and flow of time, accept it and move with it. During these times it is said that -openness is the prerequisite of Influence,-(2) hence, transparency is the best course of action right now. Although the times are of peaceful contentment, abound, do not stray from your appointed, or planned path. (2) The general to carry is, “#Be-consistent.”

1. Earth above, Heaven below, at this moment all is vice-versa.
a) The small go and the big come, the idea of pervading. This can be described as a situation where there is an expansion with the notion of continually spreading of prosperity via communicating

the idea pervading, or connecting as we come into accord with the appointed time. (3)
b) Thus there is a great advantage in moving forward and making our crucial connections at this time for the greater good of all on earth, particularly, “his universe.” The preparation is for the next phase, Obstruction. (3)

A. All I can see is the idea of one planet at a time. We need to focus on the up-keep of this planet right now. We know what will happen if during the course of ones invasive, and opinionated ideas, being imposed on others by force, but now there is a need for a pervasive idiom that finally makes sense, self-actualization. Take care, there is only one Sun. Do you know anyone from any other planet? We are on the same planet, yet we are distant with our plans for the future of the earth as a whole.

is a double edge sword, it could help the earth by maintaining life, or it could over radiate the oceans over time, again if left unchecked, environmental equilibrium imbalance could result in great losses. What we want to see at this time is a seed which is of heavenly qualities, with the ability to procreate, as it forces its way upwards, or up and down, within the earth. Thus, we can say the great approaches, the uniting of heaven and earth, the image of Peace

1. Again, now is a good time to cross the great river, in plain words, there will be going and coming with no loss. The hexagram has more to do with that of expansion and less to do with that of Splitting Apart as is the case with Hexagram 23.
Remember, no one can stop Heaven and earth from joining. Before you were born this had happened before, you cannot stop the process from happening as Heaven

and Earth self- checks itself. You are here because that was your wish to be born, do not think you can now control equilibrium as it exists within this notion of now. Be a good neighbor and help keep the earth clean for the next group wishing to be born who will hopefully help the earth to evolve, and bloom. I also see fall planting of seeds today.

References
1. Byrd, James (2014). Foretell the Future with the I Ching and My Calendar of Days

3. Karcher, S. and Ritesema, R. (1995). I Ching: The Classic Chinese Oracle of Change [The First Complete Translation with Concordance]

5. Reifler, S. (1974) I Ching: The World’s Oldest and Most Revered System of Fortune Telling

8. Wilhelm, Hellmut and Richard Wilhelm (1995). Understanding the I Ching 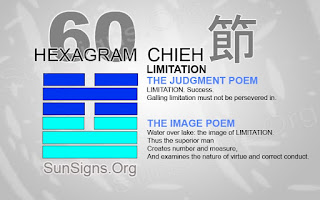 “This hexagram describes your situation in terms of confused relations. it emphasizes that making limits and connections clear particularly through speech, is the adequate way to handle it. to be in accord with the time, you are told to: Articulate!” 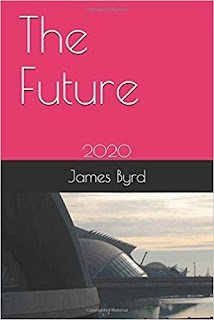 By: James Byrd, MBA (Business Consultant)
Mark your calendar now. My book/calendar will help you understand upcoming days and generate less stress as to what a certain day in the past, present or the future will be like, or in essences, what will become an obvious reflection of time.
My newest edition,   is based on the first edition, (“Foretell the Future with the I Ching and My Calendar of Days.”) I just downsized the title somewhat and add more of my observations to be noted by my fans that have been following this project. There is also an eBook coming out soon to accompany this new edition. Cost for the eBook will be $0.99 to you for now.
About the first edition:
It’s called, “Foretell the Future with the I Ching and My Calendar of Days”. With this enlighten book/calendar, you will learn within a short time about “The I Ching” or “Book of Changes”, and you will gain some insight into how the I Ching influenced me to create a perpetual calendar. My calendar is based on the 64 hexagrams, with the hexagrams for each specific day on “My Calendar of Days,” being a window into the present, past, and of course the future. Once again, use the calendar to gain an insight into the scheme of things relating to the past, present, and also that of future events or outcomes. My main zealous concentration with this perpetual calendar is to know when to fast.
With hexagram 36 days, which is on my calendar, comes the idea that one should fast for three days as a presentation towards atonement of some sort, I usually take raw, fresh fruit juice

for three days. It is very enlightening to know when to fast, and also know when to abstain from a full load of activities. I usually take a vacation from work for about three to seven days. This helps me to purge all poisons, and other nonorganic obstructions from my body and it keeps me out of harm’s way as well because as I know, hexagram thirty-six does reflect in some way, Injury, which is mostly self-inflicted through wrong choices of consumptions, such as, alcohol, and smoking, and also not taking time out, through what I would guess, meditation, or yoga, not television consumption all the time.
The one hexagram that brings into mind the relationship between man/woman and God is Hexagram 1, The Creative. The thing with hexagram 36, knowing those days, I know not to take any undue chances, three days leading up to that date, and for three, days thereafter, hence, the old bell curve pattern. Another self-crucifixion can come in the form of consumption of the wrong kind of water. That one could be another slippery sidewalk at night.
The key indicator is how it all relates to “My Calendar of Days,” that is, it all seems to be the general tendency of the events that the I Ching in some way presents its indicator for a given day, these events can all be viewed as Cyclical, thereby, an indication of a perpetual calendar. And on any given Saturday, it will encompass that Lotto machine. But first, find your birthday on the calendar and study that.