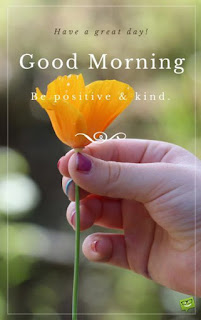 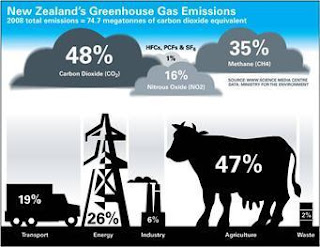 diet is 1/6th of an acre. The comparable figures for vegetarians and meat eaters is 3x and 18x, respectively. Each day, a person who eats a vegan diet saves 1,100 gallons of water, 45 pounds of grain, 30 square feet of forested land, 20 lbs CO2 equivalent and one animal’s life.
What to Make Of It All?
For starters, the future as we think of living on the Earth today does not lie ahead. It will be different. Quite so. It seems unimaginable that Animal Agriculture will continue as it is – the resources on the planet will not sustain it and we won’t be able to live very well with the deterioration of the environment and the earth’s resources. Things will have to change. How fast will changes come and what will bring changes most rapidly? Nobody knows. However, individual changes by those, like ourselves, who are favorably situated, can be immediate or at least pretty soon, for varied motives.
The film clearly favors a transition to vegan diets, which seems simplistic and unlikely, as well as the only way out of disaster. Most living today, at least under prosperous western standards, are unlikely to make the switch. Of course, they will be gone soon enough – in a few generations in any event.
Everyone with the slightest interest in a healthy lifestyle should watch this film. Besides the major topic of how Animal Agriculture is ruining everything, almost as much as religions have been doing throughout human history, Cowspiracy exposes the complicity of environmental organizations that are ignoring the impact of animal agriculture. This alone makes the film a must see.
Be well and look on the bright side. And maybe, just maybe, think twice next time you pick up a menu or wander the aisles of a supermarket.
About: Donald Ardell
Credit: http://EzineArticles.com/?Cowspiracy:-A-Documentary-the-Unsustainable-Nature-of-Animal-Agriculture-and-Much-More&id=9176636

How To Green The World’s Deserts
Credit: TED 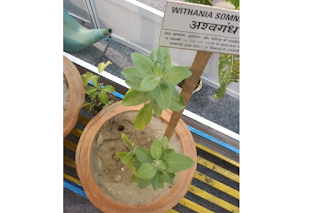 is one of the most potent herbs and has been used since ancient times for a variety conditions. The herb is known for its restorative benefits. The Sanskrit meaning of Ashwagandha is “whiff of the horse“, that means it imparts the vigor and strength of a stallion.
Because of its rejuvenating features, it is commonly known as Indian ginseng while botanically Ashwagandha and Ginseng are unrelated. It belongs to the family of tomato; it is a plump shrub with yellow flowers and oval leaves. Ashwagandha bears red fruit that has a size of a raisin. Ashwagandha is found in the dry region of India, northern Africa, and the Middle East; now it is grown in the mild climates of the United States.Ashwagandha has traditionally been recommended to strengthen the immune system after an illness.

According to Ayurveda, the human body is woven from the food. The nutrients that we consume are metabolised into the energy and form cells, tissue and organs. Every day we need vital vitamins, minerals and other nutrients to maintain the delicate balance of our bodies. And Ashwagandha, if taken as a supplement is highly useful to create a body balance. One can take a dose of 600 to 1,000 mg of Ashwagandha twice daily.

Ayurveda has specified certain herbs as having adaptogenic benefits; Ashwagandha is one such herb. Adaptogens (a combination of amino acids, vitamins, and herbs) are a substance that modulates the body’s response to stress or a changing environment. Adaptogen allows the body to cope with external stress like toxins in the environment and it also helps to overcome the internal stress such as insomnia and anxiety.

Ashwagandha has many useful medicinal components like alkaloids, choline, fatty acids, amino acids, and a variety of sugars and others. The leaves and fruits of Ashwagandha have valuable therapeutic features, while its roots are commonly used as an herbal remedy in western countries. Scientists and researchers have been studying Ashwagandha for several years and have compiled many studies pointing to the healing benefits of the Herb.

Ashwagandha helps in stabilising blood sugar, improving learning, memory and reaction time. Ashwagandha has anti-malarial properties and protects the immune system of the human body. It offers anti-inflammatory benefits and helps in lowering and controlling the cholesterol. Also, it reduces the brain cell degeneration. Apart from these advantages, Ashwagandha has significant healing benefits that have been proven scientifically.

For centuries Ashwagandha has been used as a general body tonic, that makes human body stronger and healthy. Apart from boosting overall immunity, Ashwagandha has a great potential to work as an anti-cancer agent as it controls the growth of cancerous tumors. The herb also acts on the endocrine system by stimulating hormonal balance. Further, it is of great use during menopause as it prevents mood swing and hot flashes.

And if you are tired of looking in the mirror at wrinkled, sagging and dry skin, Ashwagandha is of great use to overcome skin problems. Its powerful antioxidant property protects the skin against radical damage and reduces the ageing process. Ashwagandha also promotes the production of natural skin oils, compounds and proteins for healthy skin. It can be used as a toner for the glowing skin.

Ashwagandha, a magical herb is one of the greatest gift of nature to humanity. It keeps you younger, healthier and gives you a better sleep. The miraculous herb is the ticket to get health benefits and beauty benefits. 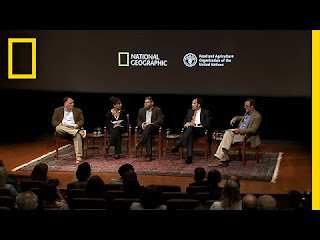 Green Innovation – Our Future Depends On It
Source: youtube.com