A. Hexagram fifty-three parallels that of self-development, or just plain old developmental change.  The situation is named Jian or infiltrating. Additional variations are just as I have said, development, gradual progress, and advancement. the lower trigram is gen: bound or mountain. The upper trigram is xun: wind.

1. On the mountain, a tree.
a) Now we can see the image of developmental growth.
b) Thus the superior man abides in dignity and virtue,
in order to improve the mores.

Good day to get out there and exercise, and enjoy the outdoors as it develops into winter. All-day we see progress in our right now evolving environment. We are now moving from the notion of hexagram fifty-three to that o0f hexagram fifty-four the marriageable maiden. We should be cultivating for the next phase when it comes to the hexagram that follows the current one.

A. Hexagram twenty-three is related to or has reference to Peeling Off, hence, the splitting apart of something.

Another variation would be the idea of peeling off something such as an onion to get to the core of the origin. The time is not correct for drastic movements in any direction; at best stay still and wait on the will of heaven. Again, there is no advantage in whatever direction one might take at this time, if you do, take it slow.
1. Now is not a good time to cross the great water. I say that because as the image depicts, that of the mountain which sits upon the earth. There is no movement with this instance. There is some headway if one recognizes that like the mountain keeping still fares well at this time and yield to the times of meditation and planning for upcoming strategic activities.
2. Splitting Apart:
This is the times of Falling Apart. One must at most strengthen his or her present position by strengthening those below, that way peace and stability are ensured. Remember, the mountain has for its support the earth, in order to fortify the foundation of the mountain, it will fare well to ensure that the density of the earth, or else there will be a collapse. Help from above fortifies the foundation. The bottom of the barrel supports the contents.

1. Mountain sitting on the earth
a) In whatever you do expect little movement, except when ensuring the plans of others
b) Thus there is no advantage in whatever direction movement is made, unless you are just lucky, the four leaf clover

A. There is a tendency for things to collapse at this time; no matter how well planned the objectives. It’s just not the time. Again, all I can see for today is go nowhere, do nothing, take no action whatever at this time the best resolve is to ensure the plans of others, forego your own plans until a later date.

1. Again, now is not a good time to cross the great river, in plain words, there will be going and coming with some loss. The hexagram has more to do with that bad dream you had last night, and trust me, I know you did. As the hexagram denotes while one is asleep there is an attempt to say one of the legs of the bed by a prankster, hence, interference of sleep or a bad dream so to speak. I did too. The core of your body is at work doing homeostasis at this time. That could be the reasons for the hexagram warnings against any kind of activities at this time. Most hexagrams have the effects of three days before, and three days after an indicated change. In three days there are two things about to happen, an eclipse and the spring equinox. Remember, that there is no success in seeking any destinations at this time. The weak prevail over the strong and correct. The superior person recognizes the effects of time and adheres to the fact that at this time within the continuum the inferior men will at this time be predominating. (Update 7-8-2019) Splitting apart sort of reminds one of an EarthQuake. It recalls the situation of the bell curve and degrees of movement, in this incident, there are three days before and three days after the main event. 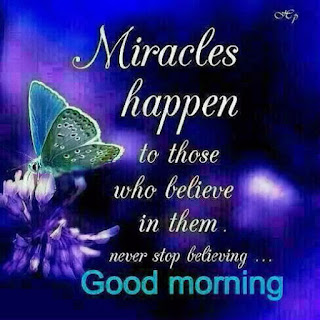 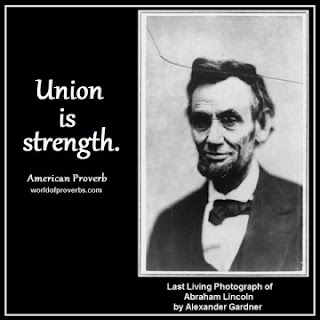 A. Hexagram eight is related directly with Grouping. Another variation is the Holding Together or that of a puddle of water, it is not part of the sea or ocean, but still, it holds together within its low spot

and therefore an Alliance

1. Holding Together brings good fortune
2. Success comes from inquiring the oracle once again. Same as in marketing the early adopters will farewell, but for all latecomers, the hors d’oeuvres

are depleted. It is now common knowledge.

1. On the earth is water
a) The image of Holding together
b) Thus the kings of antiquity bestow the different states as fiefs And cultivated friendly relations with the feudal lords

A. As it was said earlier on, that puddle of water will soon dry up and that is due to its position. If it could only conjoin with a larger body of water and enjoy a greater and profound presence.

1. “This hexagram describes your situation in terms of how you categorize people and things and how you relate to these categories. It emphasizes that joining people and things through recognizing their essential qualities is the adequate way to handle it. To be in accord with the time, you are told to: GROUP!”  –Karcher, S. and Ritesema, R. (1995)

2.  This hexagram has more to do with an Avatar who acts as a conduit that channels water off the roof directly to his immediate surrounds. Because of proximity, it has a telltale effect on the closest recipients. When it gets hot, unlike the ocean, the temperature of the puddle will drastically change, or maybe diminish that small body of water. One more time, which one makes the loudest noise, the small bell or the large bell? It is the aura of The Great Person that Affects. Learn more about Hexagram 8.

Hexagram Three is related to Difficulty at the Beginning. Another variation would be the idea of a coming together of two people, and the creation of a third, or water above and thunder below, which gives rise to wet weather and thunderstorms during this lapse of the year. Let us not forget The Three Wise Men, and there is Mary, Joseph, and Jesus.
The main idea is, I am looking at this particular hexagram on My Calendar of Days, a lot of Credence

folks. I have taken the first step and, we are getting there.
1. Now is a good time to reinforce your current position, do not seek any new goals or destinations at this time, the keyword is consolidation. Again, Difficulty at the Beginning, determination, and persistence promises great success, hence you might give out, but do not give up. Keep your focus on your desired oasis.
2. Difficulty, stoppings and goings, we will eventually get there.

1. Difficulty at the Beginning works supreme success
Furthering through perseverance.
Nothing should be undertaken.
2. It furthers one to appoint helpers.
a) Check your bearing before moving towards your planned destination, stay with the Tried and True
b) Thus hold to your plan do not become fickle or haphazard about your personal goals, stay true to your Golden Mean.

1. Clouds and thunder:
a) The image of Difficulty at the Beginning.
b) Thus the superior man
Brings order out of confusion.

The difficulty at the Beginning has more to do with when two people connect they will indeed create a third person, a hybrid. The relationship is a slow process, which entails difficulty at the beginning thereby lending to the desired effect of the empty-nest outcome.

So with this image, we see a child is born, learns how to walk, adapts to the social patterns of his or her proximity, finishes colleges and completes that pattern, ideally, that is what is hoped for. With this we can also see that the dangerous time is during the hour just before birth, a number of things could go wrong, Difficulty.

Difficulty followed by sublime success, that is if one stays on a righteous path, such as from the crib to college, and completes the cycle. Between the two extremes, there is a decision process, the righteous course/path brings just rewards.

1. Once again, now is not a good time to proceed in a different direction other than the planed, revision is ok, but a complete overhaul of your plans is not warranted at this time. In another sense we might see Retrenchment, meaning hold your horses as you might want to get a good bearing on which direction the oasis you are seeking at the moment is, with confidence, locating, that oasis will hold the lifesaving water for your horses/means for the furtherance of your strategic goals.

Do not be fooled by the distant cloud behind you as you progress. And again, it is not an auspicious time to advance forward at the moment, we are somewhat sprouting at this time, and we need also at this time to wait and appoint help.

At this stage of the game do not force things to a premature completion, find a means to maintain and fortify your current position, even if it calls for waiting for that rain cloud behind us to catch up, which will, at any rate,  give us the vital nourishment of water and as the hexagram denotes, Growth. Remember, we can’t talk and think at the same time, we first think —> then talk. It’s a slow process but, stop and think all the chances you can, that’s communications.

The Manager, knows when to halt, such as did the Three Wise Men. Three Wise Men came to the end of their journey to ensure that a Greater Wise Man should farewell on his difficult journey step by step as he starts to bring order out of confusion within this world of Thisness.